Mid-Century Modern is having a revival in the field of graphic design. You can see it in projects that follow the school of “flat design” in particular, because the mid-century graphic style has similar visual characteristics, like bold simple geometric shapes, clean lines and bright contrasted color palettes.

Mid-century modern graphic design is known for its ability to take complex concepts and distill them into simple visual forms. It pares down a design to its most essential elements and in this way promotes clear visual communication. For this reason, it remains a favorite of many graphic designers because it is the epitome of ‘graphic’ with its bold and reductive visual style.

Modern design began in the mid to late 30s and was the prevailing design aesthetic in architecture, decor, furniture and product design through the mid 1960s. Key characteristics of the design style can be explored via color, shape, typography and use of space.

To understand how color is used in mid-century designs let’s take a look at the work of Lucienne Day. Lucienne Day’s pattern and illustration work set the standard for the mid-century aesthetic. A prolific and versatile designer she pioneered the the post-war design revival and created wallpapers, ceramics, carpets, and silk mosaics.

In Day’s design Sunrise we see the use of gold, pumpkin and petal pink on a cream backdrop. The palette appears sophisticated and the Japanese influence on mid-century design is also apparent.

To see a mid-century palette in a more vivid style let’s take a look at this wonderful Poetry & Jazz release that includes the work of Walt Whitman and Langston Hughes and has music by Gerry Mulligan and Chico Hamilton.

It’s not possible to discuss mid-century modern color without including the work of master modern colorist Josef Albers. If there is one book on color you should read on color, it’s this book.

In the examples above we also see the kinds of colors used in mid-century design and also how simple geometric shapes dominate the style. Triangles, rectangles, squares, circles and straight lines abound.

In the Business and Society book cover design by Rudoph de Harak, shapes abound and also overlap each other, which is also characteristically mid-century modern.

In this cover geometric shapes are used for all the figuration of the man and the horse. The illustrations appear almost like tangrams.

For illustrations that have more detail, abstract shapes with smooth, curved edges are used, like this lovely owl designed by Lucienne Day. See how detail is only used for the owl’s eyelashes and talons?

Most notably, if there is only one detail to a face in an abstracted mid-century design, it is usually reserved for the pupil of the eye, like in these examples.

Mid-century modern typography is defined by the movement of the Bauhaus School to Chicago in 1937 and the Swiss Style that emerged in Switzerland in the 1950s. The Bauhaus typographic style is clean, no frills minimalism. Adrian Frutiger and his typefaces Univers and Frutiger are definitive modern type designs. The Swiss school also popularized the utilitarian sans serif.

The typography used in mid-century design is generally clean, sans serif and mostly geometric, however some slab serifs and fat faces were used too.

Paul Rand, the iconic designer and design writer took the principles of modern design and popularized them in advertising and logo design, creating some excellent typographic work along the way.

Paul Rand’s logo for ABC is a perfect example of a mid-century logo. The font style is sans serif and geometric and is enclosed in a simple circle.

Typography in mid-century design could also be experimental and used cut outs or played with positive and negative space to create a kind of visual dynamism.

Paul Rand used letters as shapes and positive and negative space to create this illustrative design of his own name.

Saul Bass used hand-cut type in his mid-century design for film. The rough type in negative works well with the brutish cut out shapes in this Anatomy of Murder poster.

In this album cover the word Vibrations is sliced up in such a way that it appears to actually be moving, vibrating.

If the shapes in the design appeared to have been scattered across the artboard that was a modern approach. The haphazard almost happenstance layouts gave the designs a kind of improvisational energy and movement that was also reflected in the music of the time, Jazz.

The rectangles dance out to stage right on this album cover for Tenors West, as more white space is introduced to the design.

Provocative Percussion designed by colorist Josef Albers has a lot of movement and energy and borders on visual chaos.

In this book cover design, space and arrangement are used to tell a story. It looks like this large circle has the beginnings of a crowd gathering, by how these smaller dots are arranged.

In Rudolph de Harak’s psychology book cover design for McGraw Hill he demonstrates how arrangement plus positive and negative space can be used to show a relationship.

The subtle interplay of space, line, shape and color to demonstrate identity and persona is genius. Harak, a leader in mid-century design, knew how to express big ideas through simple forms. A prolific designer, he designed book covers, album covers, products and art installations and was an influential design educator.

If you have a design project that is either conceptually complex or has a lot of information to include, using a mid-century modern design aesthetic can be a good direction. 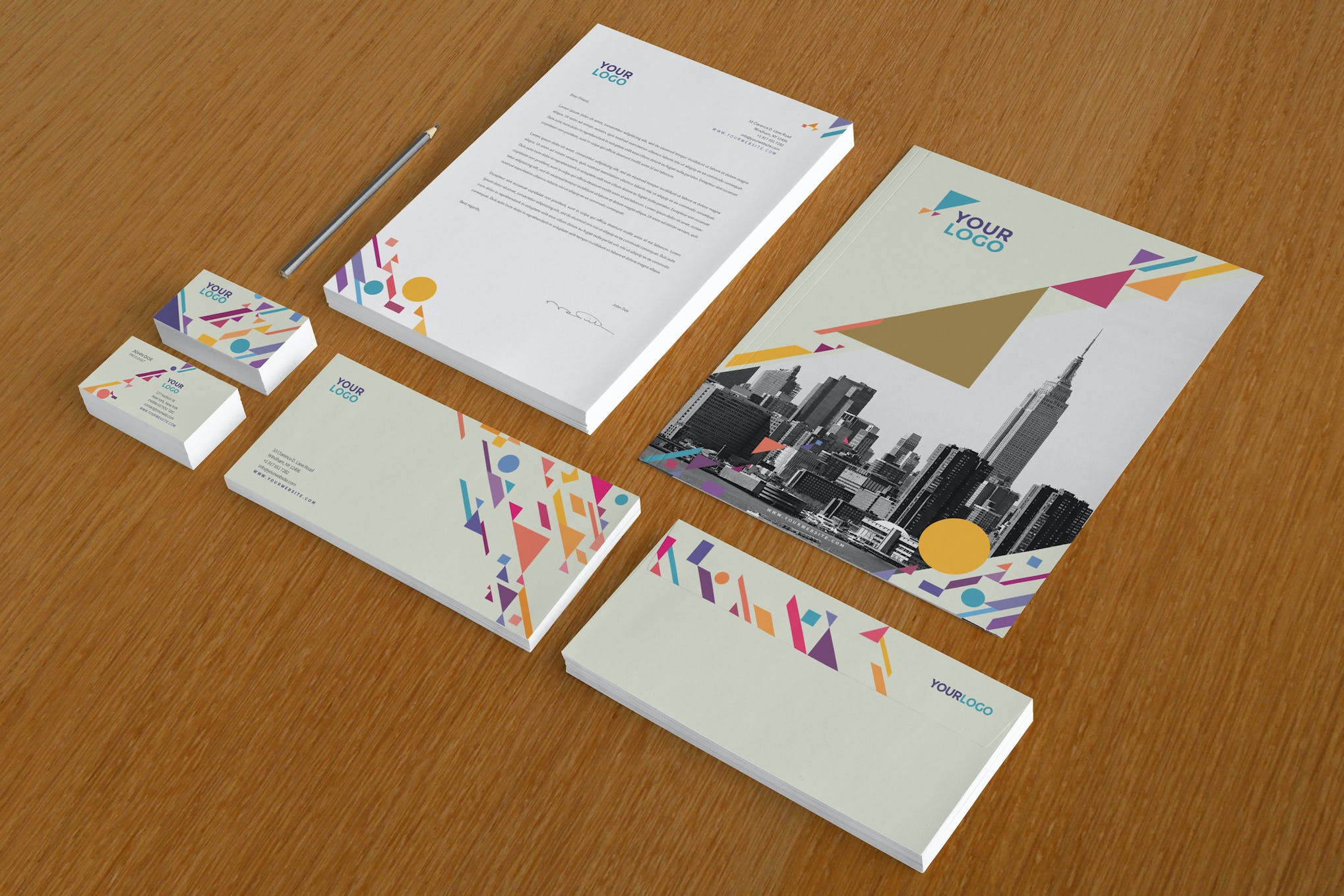 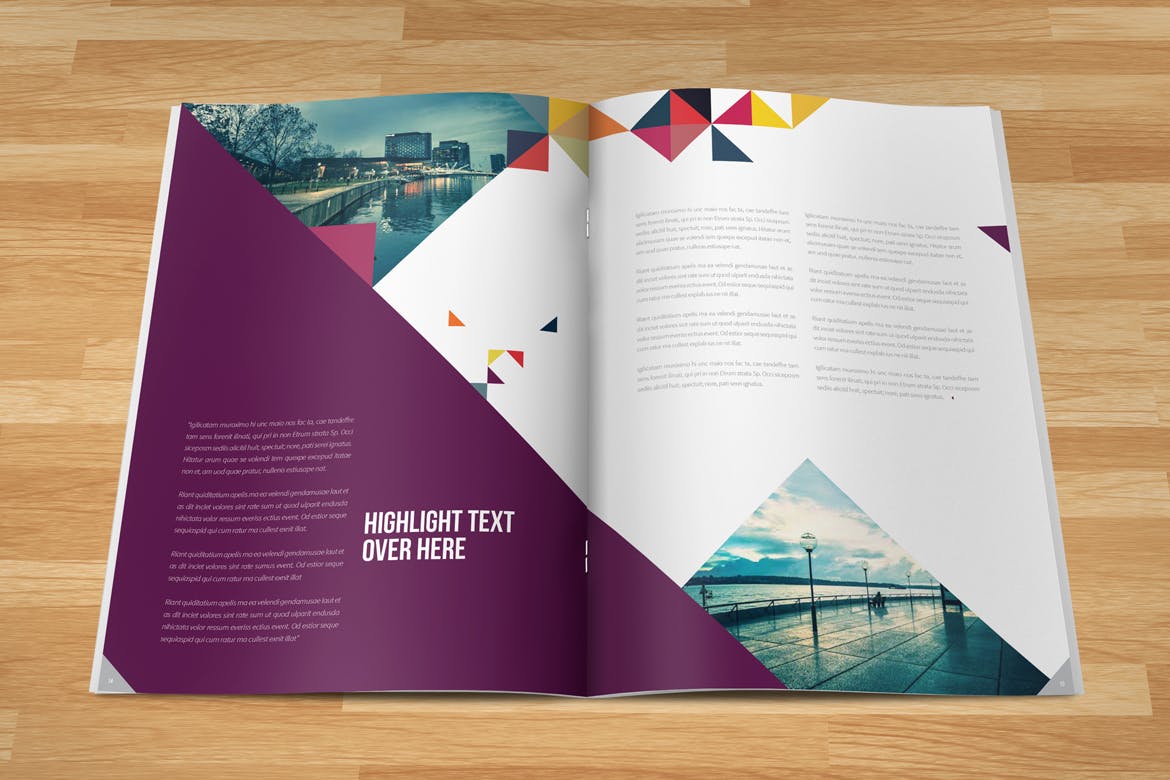 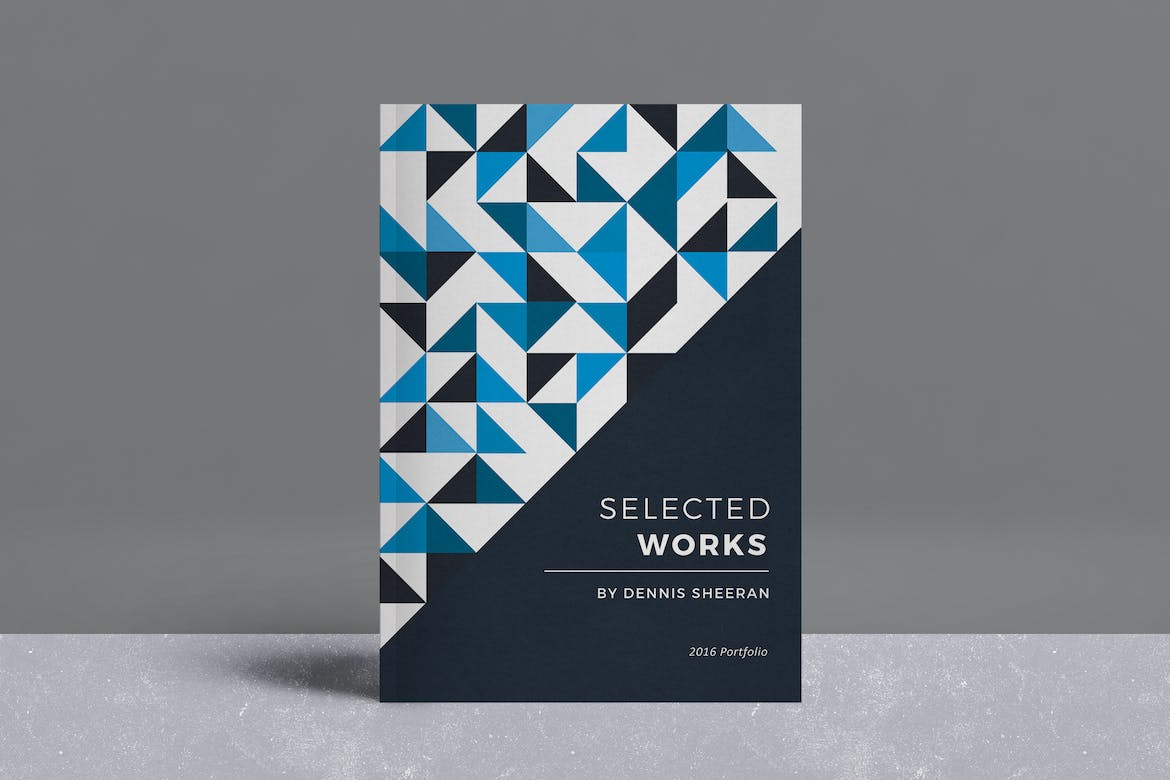 If you’re looking for an artful modern display type with visual presence, take a look at the font Argon. 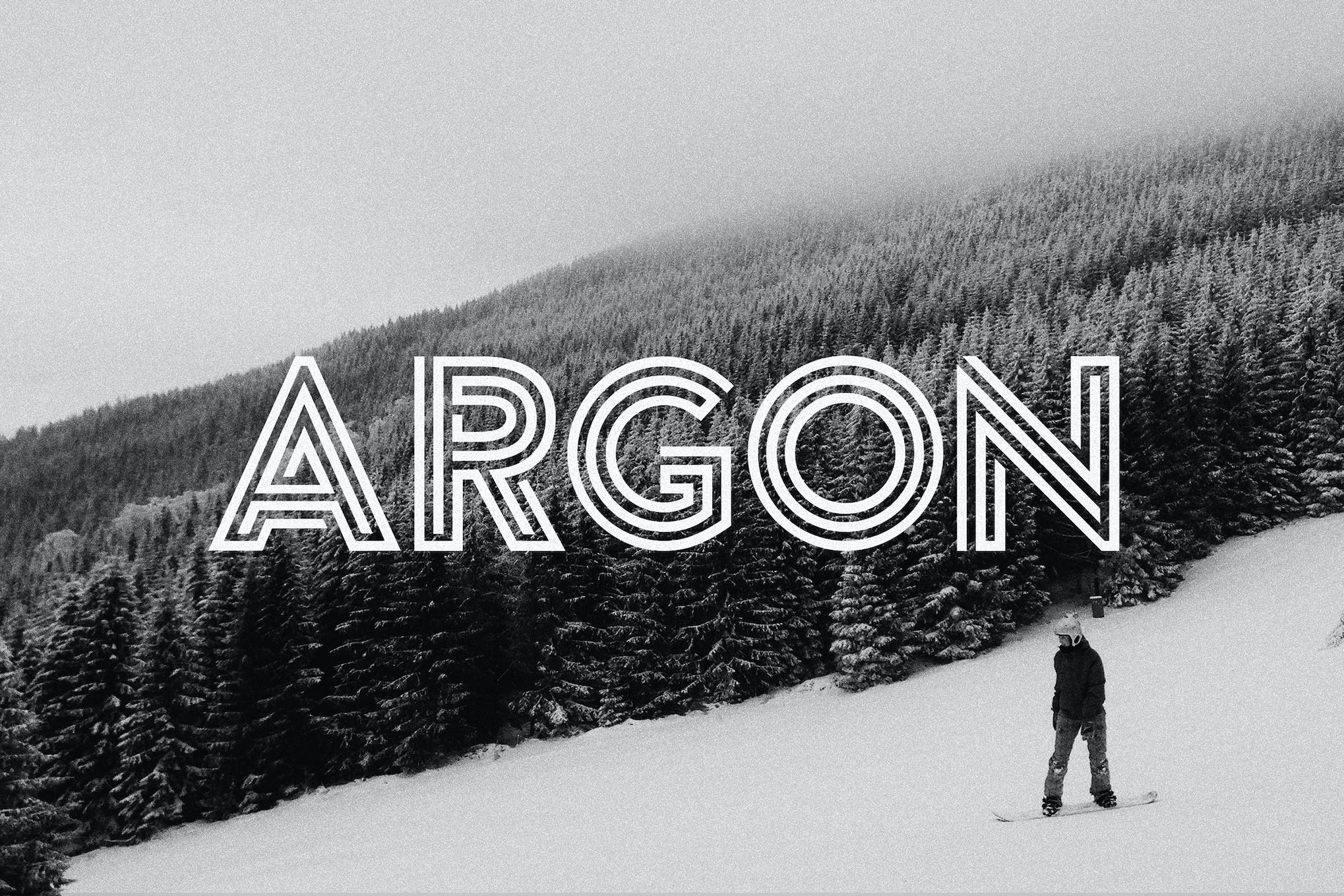 For a clean, balanced, all caps font Lorano is a lovely choice. 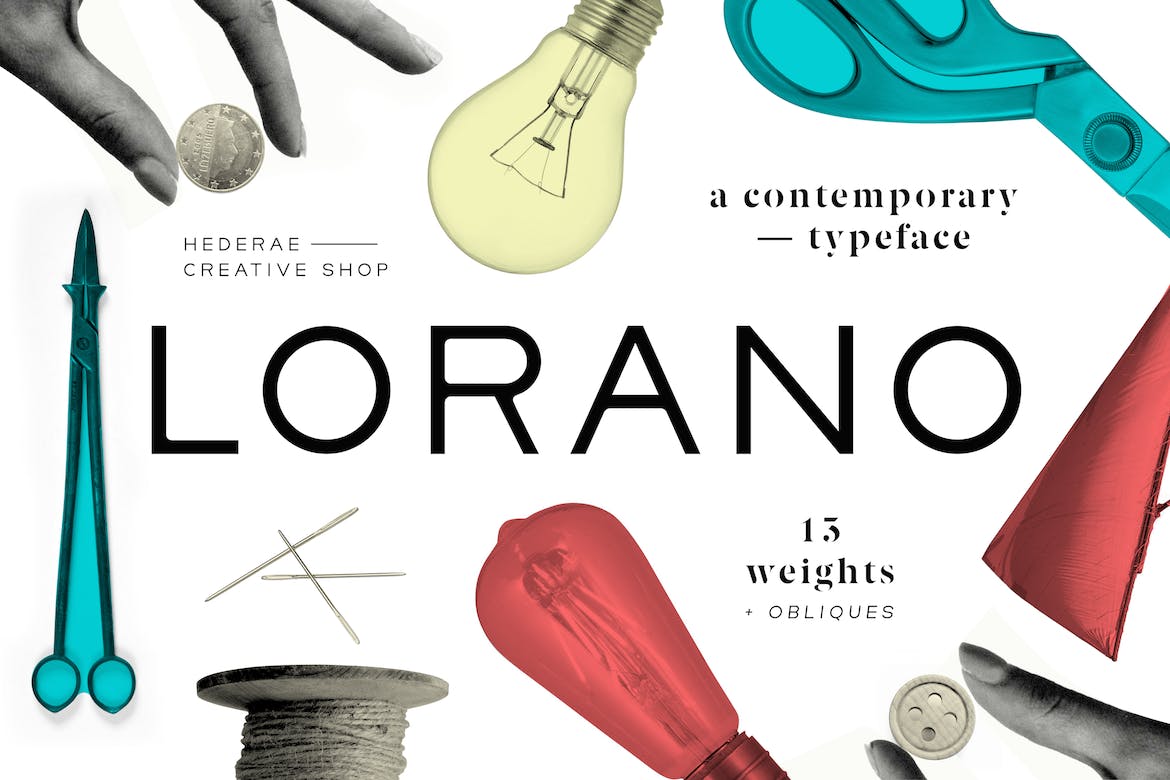 For a modern font you can use in a variety of type applications Arkibel, Fibon Sans and Gilroy are excellent choices.

Feeling inspired? To learn more about this influential design style, here’s a list of designers to discover.

Margaret is a writer, designer and artist. She can be found making textures and patterns at Hello Mart or designing at www.hellocreative.co. She tweets as @tweethellome and is on Instagram as @hellomartco. View all posts by Margaret Penney

Responsive Navigation Design Trends
Learn about design trends in responsive navigation and how they could tie into your next web project.
DIY Black & White Wedding Invitation
Customizable templates that are easy to use and professionally designed.
evolution_wordpress3
Beyond just the sheer number of users, we look at some of the features and releases that have marked this …