Here’s a couple of slightly boring facts, but stay with me: in April 2017, Newzoo released the quarterly update of their Global Games Market Report which showed that mobile games sales made up 42% of the $108Bn market. That a $46Bn mobile gaming market.

They project that by 2020 mobile gaming sales will comprise up to 50% of the market.

Why wouldn’t you want a piece of that?

Games obviously have an entertainment purpose – I’m sure you saw the PokemonGo craze, and the Top Paid Apps list on the AppStore has included Minecraft: Pocket Edition, and Ellen’s Heads Up! for quite some time – but games can be used for education and instruction, and they could even bring your business a bit of a boost. Here’s some recent examples of games as marketing tools:

Statista says 71% of US video game players are over 18, so don’t think for a second that games just means kids, either (PokemonGo had fairly universal appeal).

So maybe you’re a great storyteller or artist and you need a way to get your cool idea out there, or maybe you’re after something unusual and engaging to offer your client. It’s easy to be overwhelmed; there are obviously a lot of different facets to a game, even the simple ones. You might need writers, artists, or designers. The one thing you will definitely need is code. We’ve got some great stuff to get you started.

Have a look at some of the iOS game templates on Code Canyon right now, and maybe we can help you grab a slice of that $46bn pie.

(Hey, note that most of these games have live previews available. Just follow the links on their store pages.)

(And also double check your licensing if you’re looking to purchase. If you want to on-sell a game based on these templates and designs, you may require an Extended license.)

Indiara and the Skull Gold 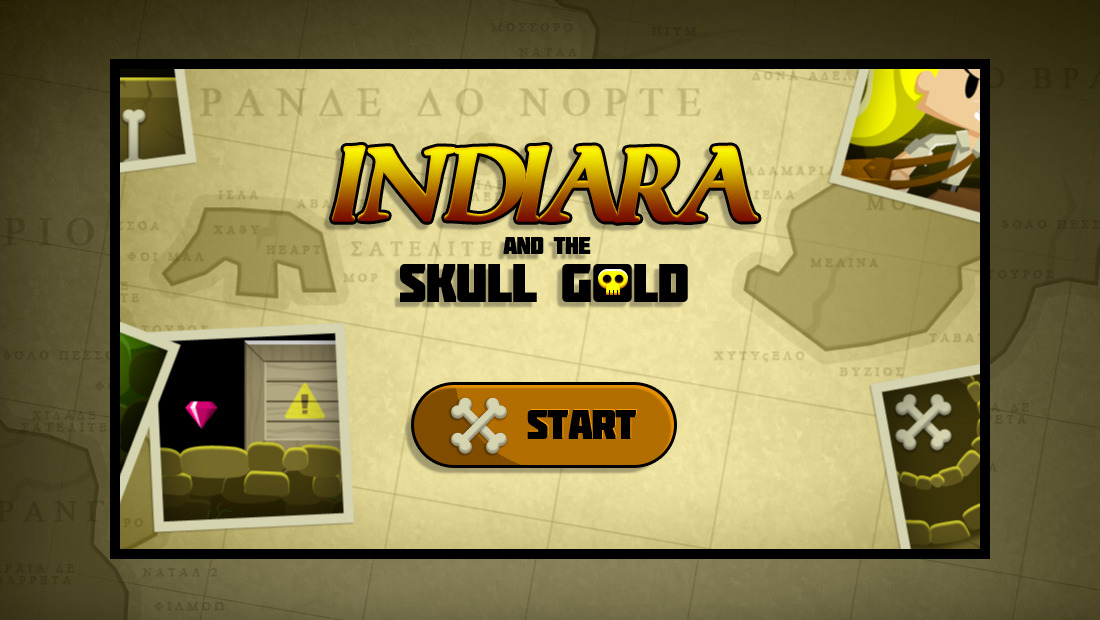 Indiara and the Skull Gold has some great reviews! The program offers a complete game. Follow Indiara as she collects ancient artifacts from trap-filled caves. The included graphics, sounds and effects are high quality, and the game offers 8 levels with increasing difficulty.

It was made using the Construct 2 software, and includes the capx file. If you want to edit the game, you will need a licence for Construct 2, but if you just want to change the graphics you can easily edit the images without it.

With your own art Indiara and the Skull Gold could form the basis of an exciting platform runner.

Creator wall-e has a number of other great templates available on CodeCanyon, so be sure to check them out as well.

Princess Goldblade and the Dangerous Waters

Another high quality submission from Creator wall-e, Princess Goldblade is a large side-scroller, similar to Mario.

It was made using the Construct 2 software, and includes the capx file. If you want to edit the game, you will need a licence for Construct 2, but if you just want to change the graphics and text you can easily edit the images without it.

Princess Goldblade could be the basis for the adventure you always wanted.

Fishing Life is a cool little template of, you guessed it, a fishing game. Images are customisable, so if you want to fish up aliens or ghosts, or some of the even stranger things that really DO live down in the depths, you can! Maybe you’ve got a spaceship and you’re ‘fishing’ up asteroids? 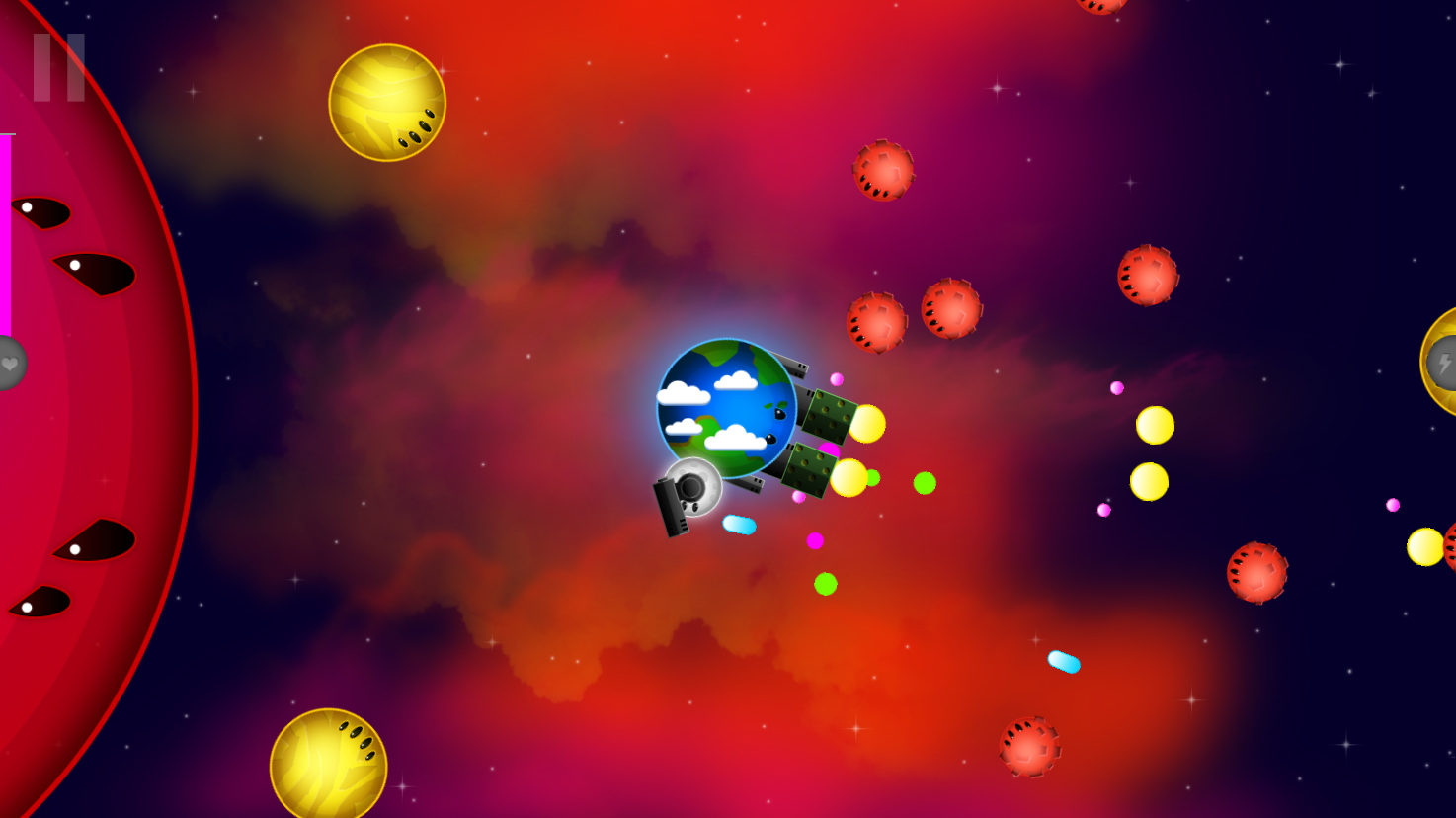 Another one from Creator wall-e that was too cute to pass up. Help the Earth and Moon protect… themselves from alien invasion!
Many evil planets have invaded the Solar System and want to destroy the Earth. Earth Attack comes with 10 levels, many enemies, effects, sounds and animations.

It was made using the Construct 2 software, and includes the capx file. If you want to edit the game, you will need a licence for Construct 2, but if you just want to change the graphics and text you can easily edit the images without it.

EarthAttack allows the central characters to swivel in place, shooting advancing enemies. A change to graphics would easily convert the theme to whatever you need. (Exterminator shooting ‘roaches? A teen lobbing water balloons at bullies? An editor throwing ren pens at typos? Whatever you need!)

In the theme of PokemonGO, Catch The Monsters is a Universal Geolocation Game Template where you can find monsters around your area. You must be within 50 meters to catch them! Players can earn points and climb the Top 10 Leaderboard, or just share their statistics on social networks.

Geolocation is still pretty popular. The freedom this template provides means it could be used for group events such as treasure hunts or orienteering.

Gems is another great Geolocation template provided by Creator (and Envato Elite Author) fvimagination. A key difference between this and Catch the Monsters above is that Gems will randomly generate content based on the players location.

It also has an enticing custom interface. 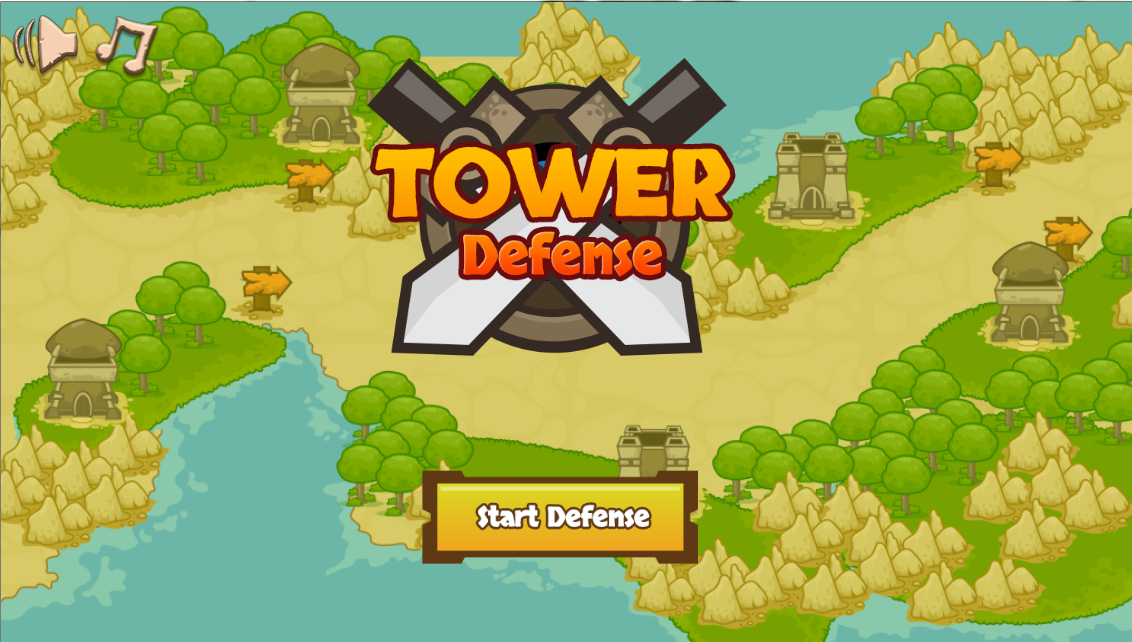 Fishing Life Creator corpsvs also has this great Tower Defense template. Tower Defense games are popular for their mix of strategy and development.
This template could be the basis of your epic fantasy war campaign!

Tower Defense comes with the Construct 2 file for editing. Change up the graphics and share your fantasy story with the world! 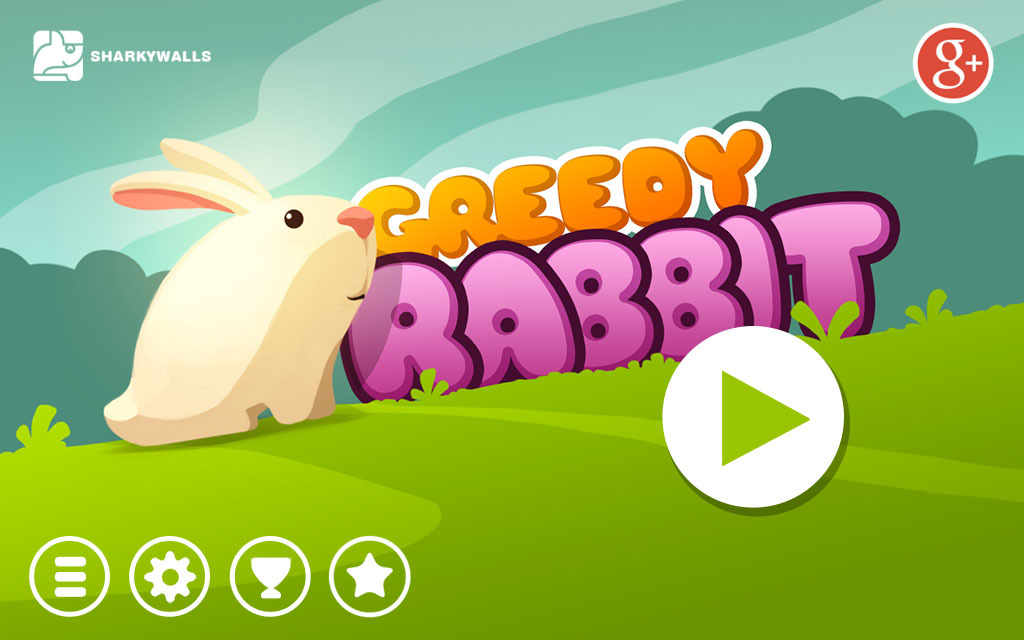 Greedy Rabbit might look simple, but the gameplay can be challenging! Players need to collect stars and vegetables to earn high scores and progress through the levels.
You can add new graphics and levels to customise this game, though you will still need a licence for Construct 2 to fully edit.

Creator sharkanry has a few other game offerings as well. Check out Spect for scrolling space shooter, and Gunmach if you’re after a mobile tank shooter.

Dooble is simple yet addictive.

Tap the screen to change the color of the centre circle from black to white and back again in order to match the dots. Get the color wrong, and it’s Game Over! This game will have you saying, “Okay, just one more level.”

Change the graphics to alternate between two logos, or make a themed game by creating your own custom artwork.

One last template from fvimagination. TriviaX is a 1 or 2 player trivia template, with easily editable questions and answers.

There are a number of excellent uses for this template. Use it to engage customers (and maybe teach them something about your products), or use it as an education tool, just set questions for students to test their recall and understanding. (I’ve even seen these kinds of apps used as personal study tools – set review questions for yourself!)

For another trivia option, have a look at Trivia for iOS as well.

If you’ve been inspired, have a look at some of the top trending mobile games templates here on CodeCanyon.

You might also want to check out some How-To’s over at Envato Tuts:

If you’re looking to customize one of these template, don’t forget there’s also a lot of gaming resources at Envato Elements.

Tyson is a freelance writer and editor, and LEGO tragic. He drinks too much coffee. You can find him at his website, or follow him on Twitter. View all posts by Tyson Pink

Author Rundown of Buyer Services Changes
Today we’ve announced immediate and upcoming changes aimed squarely at buyers. With a million and a half active buyers, and …
mardown_thumb
Markdown is a very popular plain text formatting syntax that can be used to create formatted text easily and convert …
IMAGE-NET-LIKES
In a previous article I talked about ways to optimize your SoundCloud page, how it effects referral traffic, and the …